Is Barack Obama An Intellectual?


Barack Obama was the first black President of Harvard Law Review, the 5th black senator, the first black president of US in 275 years. He also has the dubious honor of becoming US president with the least governing experience in modern history and had mostly voted 'present' (not even 'abstaining') as state senator in Illinois legislature.

Is it even fair to ask, an Ivy league graduate and a man so many historical firsts, whether Obama is an intellectual? A legendary political strategist confided in a private conversation that "whoever becomes the US President, irrespective of the party, deserves to be there". Obama's candidacy for US presidency is a tale of ambition and strategy unparalleled even by Reagan and Clinton, both of whom were very experienced Governors who sought national office and had to fight their way to it within the party and nationwide. 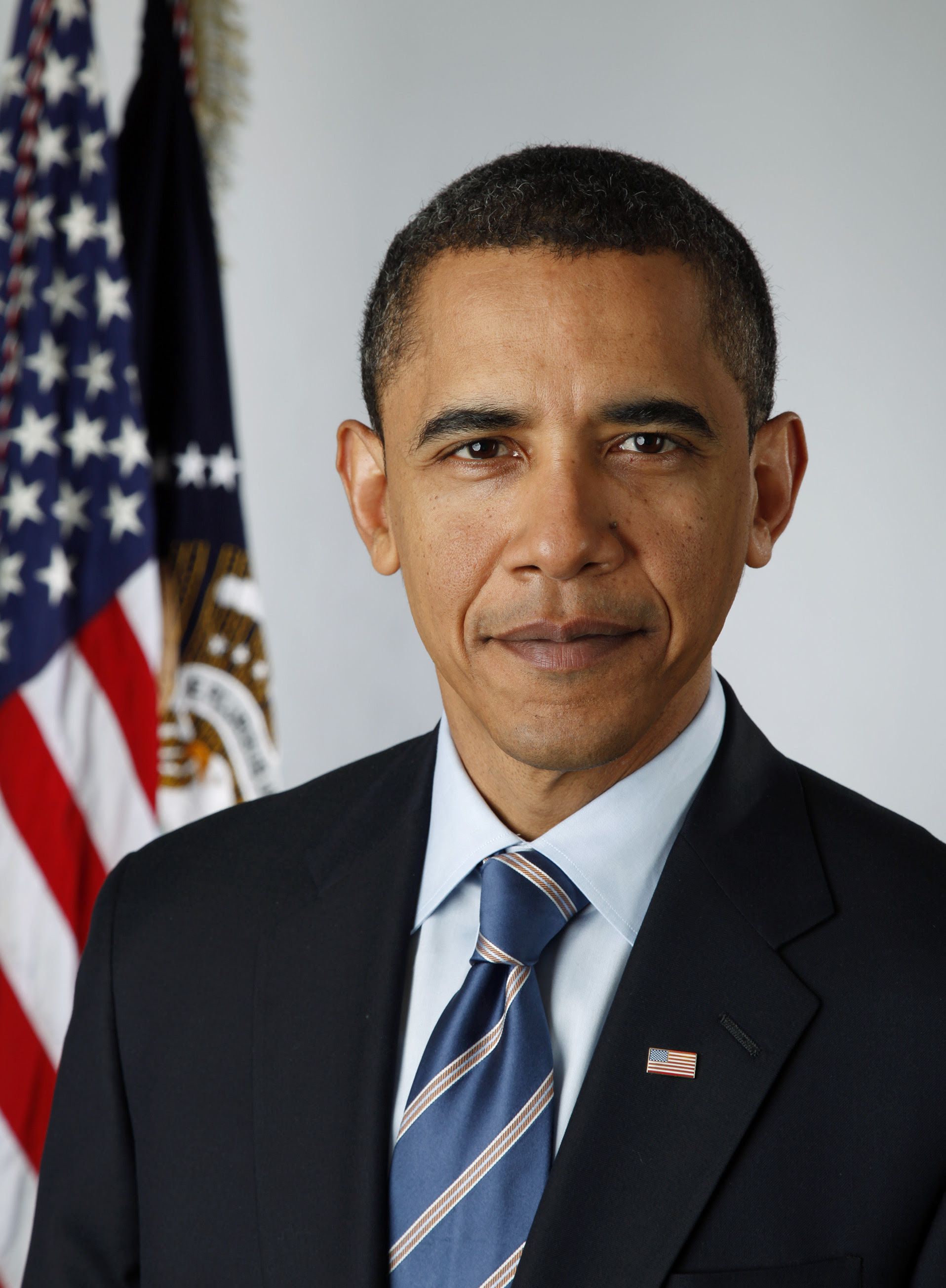 Taking advantage of opportunities is a talent by itself. In the aftermath of the drubbing that GOP recieved in 2006 mid-term elections Bill Clinton is supposed to have told Hillary "unless the Democratic party nominates a felon we can win the presidency". Obama, in many ways, was like what Carlyle said, "the moment produces the man". Let us not forget that Obama started as an outlier candidate. Until his Iowa victory even within Afro-American community he was seen as sure to lose possibly gain experience now and run a better campaign at a later date. It is easy to talk of how he coasted to the Presidency from gaining popularity since his much lauded address at the 2004 Democratic convention.

It would be gross injustice to Obama's campaign to harp only on how the press treated him with kid gloves and was lost in blind adulation. Bill Clinton was the first Democrat to be re-elected since FDR. Democrats and Republicans thought Hillary was a shoo-in given that she would be supported by the political genius of Bill Clinton. Those were lonely dog days for Obama. When he romped home in Iowa (37% vote) and Hillary finished a poor third Obama became an overnight national sensation. But how he won Iowa is the question on which I intend to discuss what kind of an intellectual Obama is.

Beyond 'hope' and 'change' the only tangible thing Obama did in Iowa was pandering. He pandered to Iowa's notorious farm lobby for tarriffs against Brazil's sugarcane based ethanol. John McCain, later to become Obama's opponent, bluntly opposed the Iowa corn lobby on the tarriff against Brazil. Sugarcane based ethanol is more fuel efficient than Iowa's corn based ethanol. Economists continue to warn against using corn for ethanol in an artifical attempt to lower fuel imports. Corn diverted to brew ethanol to fuel American cars robs the world of corn based food driving up food scarcity. Pandering to sections of voters will be a recurrent pattern of the next four years.

Obama has never challenged conventional wisdom or populism. In midst of a world seething with fury against Wall street it does not take any courage to scold bankers or to call them 'fat cats'. What would have taken courage is to call for better and more capitalism. Wall Street's undoing was not capitalism but insufficient capitalism. It was Bush who, risking unpopularity and the wrath of his own party, bailed out Wall Street under terms that eventually benefiited the tax payer. It was also Bush who bailed out Detroit. Obama turned it to a reckless bailout to reward the unions and resulted in continued tax payer losses.

Withdrawing from Iraq was no brainer. The American taxpayer was exhausted, the war was controversial from the word go. What would have been intellectual was to withdraw from Afghanistan in 2009. The VP and many others counseled Obama to withdraw from Afghanistan too citing weak economy and the intractable mess the war was. Afraid of GOP backlash and with his eye on 2012 Obama tried to replicate Bush's Iraq 'surge' strategy. It is a grand failure today. If Obama had leveled with American people and refused a 'surge' for Afghanistan and vowed that pursuit of Bin Laden is still afoot that would have been a moment of leadership.

Unlike Bill Clinton's crusade in 1992 to reform health care in 2008 it was commonly agreed by all candidates and the American tax payer that the health care cost Leviathan needs to be hooked. The only contention was how to do it. Battle scarred Hillary Clinton presented a plan that included mandates. Obama cried foul and pontificated that his plan does not levy a 'tax', as he referred to mandate. Hillary and other experts disagreed that health care reform without mandate was not possible or cost effective. During Ohio primary Hillary exploded 'shame on you Barack Obama' for mischaracterizing her mandate as tax. As president Obama instituted mandate in his Affordable care act and the US Supreme Court later ruled that that was consitutional but called it a 'tax'

As President has Obama ever delivered bad news to a constituency that he depends on for re-election? Never. Not once. Standing before a gathering of hundreds of doctors Obama lobbied for his health care reform but started off with a stern message "I cannnot give you what you want" referring to doctors demand to reform malpractice lawsuits and institute caps on awards. Tort lawyers are a very influential democratic base and prodigious fund raisers too. It is easy to offend doctors than to risk offending his own fund raising base.This is not about opportunism. An intellectual articulates a difficult to swallow position and shepherds his constituency with logic and reason about a required change of course given new paradigms. Failing to do that is a signal failure of an intellectual.

America has a debt burden of $16 Trillion which is almost 100% of UD GDP. Entitlement programs are expanding exponentially beyond any fiscal sustenance. Obama's simplistic prescription is to raise taxes on millionaires and billionaires under the pretext of asking them to pay 'their fair share'. Without going into the debate of whether millionaires and billionaires are paying their fair share lets look at the 'what-if' scenario of Obama getting his wish. The revenue thus raised will pay for only 72 hours of US Government expenses. This, to be polite, is intellectually dishonest shorn of any shred of intellectual integrity. A serious problem needs a serious answer not dishonesty.

That Obama, an Afro-American, became a President is justifiably characterized as a watershed moment, even a redemption. Many black commentators wrote that seeing a black first family inspires many afro-american kids. True. But within the Afro-American community there is widespread resentment against Obama administration, despite the immense pride that is there on the surface. Seeking to be seen as "president of all America" Obama, even where he could or should, has actively distanced himself from being seen as doing something targeted for Afro-Americans.


Jodi Kantor writes in New York Times, "At the first meeting of his top campaign donors last year, some black donors were dismayed when officials handed out cards with talking points on the administration’s achievements for various groups — women, Jews, gays and lesbians — and there was no card for African-Americans". Referring to Obama's quote that he is not only "President of Black America" Afro-American activist and scholar Cornel West said that statement “makes me want to vomit. Did you say that to the business round table?” he asked rhetorically. “Do you say that to Aipac?” (referring to a pro-Israel lobbying group).

Unemployment rages at 15%, twice the national average, for Afro-Americans. Appearing before the Congressional Black Caucus that was anxious to hear what President Obama can do. Obama borrowed a much revered Civil Rights era slogan and lectured "put on your marching shoes". That implied, for astute observers, that Afro-American community was sitting idle and not doing enough to lift itself. That was not Obama's intention. It was a speech delivered without much thought or sensitivity. Black Congresswoman Maxine Waters erupted "who was he talking to, we are hurting already".

Even more shameful was the Shirley Sherrod episode. Shirley Sherrod, an Afro-American State Director of Rural Agriculture in Georgia, was falsely accused of being racist in refusing to help a white farmer. The whole incident was based on dishonest editing of a portion of her speech at a NAACP function. Conservative blogger Andrew Breitbart broke that story. White House went into panic mode and was instrumental in making Shirley Sherrod resign. Sherrod is blistering in her recently released memoirs of how betrayed she felt that this happened in an Afro-American Presidency. Sherrod, as the full speech showed, had actually went out of her way to help the white farmer retain his land. When the full truth emerged the administration still did not offer her old job back, they only offered an 'equivalent'  position. Obama later called her and spoke telling her that he understands her and has written about her kind of experiences in his book. Sherrod simply told him that he could not have had her experiences. Sherrod grew up in racially charged in Georgia unlike Obama. Obama promised her to visit Georgia. Sherrod notes Obama is yet to keep his promise. If Bush had treated Shirley Sherrod like that the GOP would be called 'racist'.

In the aftermath of a rash of shootings that included hurting a congresswoman much was written about America's fetish for guns and the second amendment. The GOP, beholden as it is to the gun lobby, was shamefully, but understandably, silent on talking about gun controls. The acute disappointment was Obama's silence. The last President to sign a ban on assault weapons, A.K. 47's, was Bill Clinton. That ban lapsed in Bush's period and was not renewed. Obama, keen to be re-elected, completely ignored the gun control issue. This was a moment for a supposedly intellectual president to seize the issue and shape public opinion. Instead we only got more soaring rhetoric.

Obama is undoubtedly a very intelligent and very talented politician. But the more and more one looks at his record we only realise that this President is interested in only one thing, his political ambitions and success.

Eisenhower defined an intellectual as "one who takes more words than necessary to say more than what he knows". On that score Barack Obama is the most intellectual to ever occupy the Oval Office.