America was willed into existence, as Americans are fond of saying, with the 'Declaration' that 'all men are created equal'. A nation, so born, was also mired in hypocrisy by not just refusing to end slavery but by enshrining it in the constitution. It is mild to call it hypocrisy, it is America's shame and America's original sin. However we might dress it up as "expedient arrangement" or that "the promise was what enabled the country to end slavery, eventually", it remains a dark chapter that continues to cast a shadow, two centuries later, on America.

Nearly a century after America went to war with itself, and nearly two centuries after the founding, Martin Luther King Jr scolded the country that the promise of equality, a promissory note, came returned,"marked insufficient funds".

Last year as I toured the Nazi museums of Berlin I wondered why does America not have a single museum that would match Germany's 'Topography of terror' museum. That museum is constructed right where the Gestapo headquarters used to stand. The museum not only bares the horrors of the Nazi regime but also puts to rest myths about the Nazi regime such as Hitler resurrecting German economy and the lies about lack of direct involvement of Nazi higher officials in Holocaust. Several of Berlin's museums were constructed solely to cleanse a nation of its sin. The goal is to ensure 'never again'. America should learn this lesson from Germany and learn it with urgency.

As Hillary Clinton saw her hopes to be President evaporate in wintry Iowa and New Hampshire her husband Bill Clinton became unhinged. After a brutal, ill advised, contest in South Carlina where Obama defeated Hillary handily Bill Clinton told a reporter "well, Jesse Jackson won South Carolina when he ran". The entire black community erupted in anger. That remark was interpreted, unfairly, as suggesting that Barack Obama, like, Jesse Jackson, another black aspirant to the Oval office, cannot go beyond a traditional stronghold like South Carolina. When rumors surfaced that Bill Clinton wanted Obama to 'wait' his turn the resentment in black community crossed boundary. Black voters interpreted the 'wait your turn' comment as "the time has not yet come for a black President". Racial politics still tears into America.

The pivotal moment of 2008 primaries was when news of Obama's pastor cursing 'God damn America' emerged. Obama's campaign went into a tail spin. A largely sympathetic press then helped Obama tamp that story down aided by a mediocre speech on race relations. Commentators helpfully quoted MLK Jr that "sunday morning 10 AM is the most segregated hour in America". MLK Jr was talking about the fact that black and white churches where, well, 'black' and 'white'.

I visited "The Museum of the Confederacy" and "Civil War Museum" in Richmond recently. The Confederacy Museum, thankfully, was not outright racist but it showed a remarkable blindness to America's shame. We have to note that both museums only deal with the war as their central theme. Slavery is an incidental topic in one and a side note in the other.

The first exhibit in the Confederacy Museum was titled "Why Secession, Why War". The exhibit explains that the leaders of the Confederacy acted because "they believed that the election of Abraham Lincoln as U.S.President threatened the South's interests. Lincoln's Republican Party championed a high tariff and federally subsidized internal improvements-economic policies that the South had long resisted-and opposed the expansion of slavery into the western territories". The exhibit concluded saying that Abraham Lincoln wanted the South to fire the first shot and start the war. A third exhibit speaking about the firing at Fort Sumter ends with "Abraham Lincoln had succeeded in maneuvering the Confederacy into firing the first shot of the war". 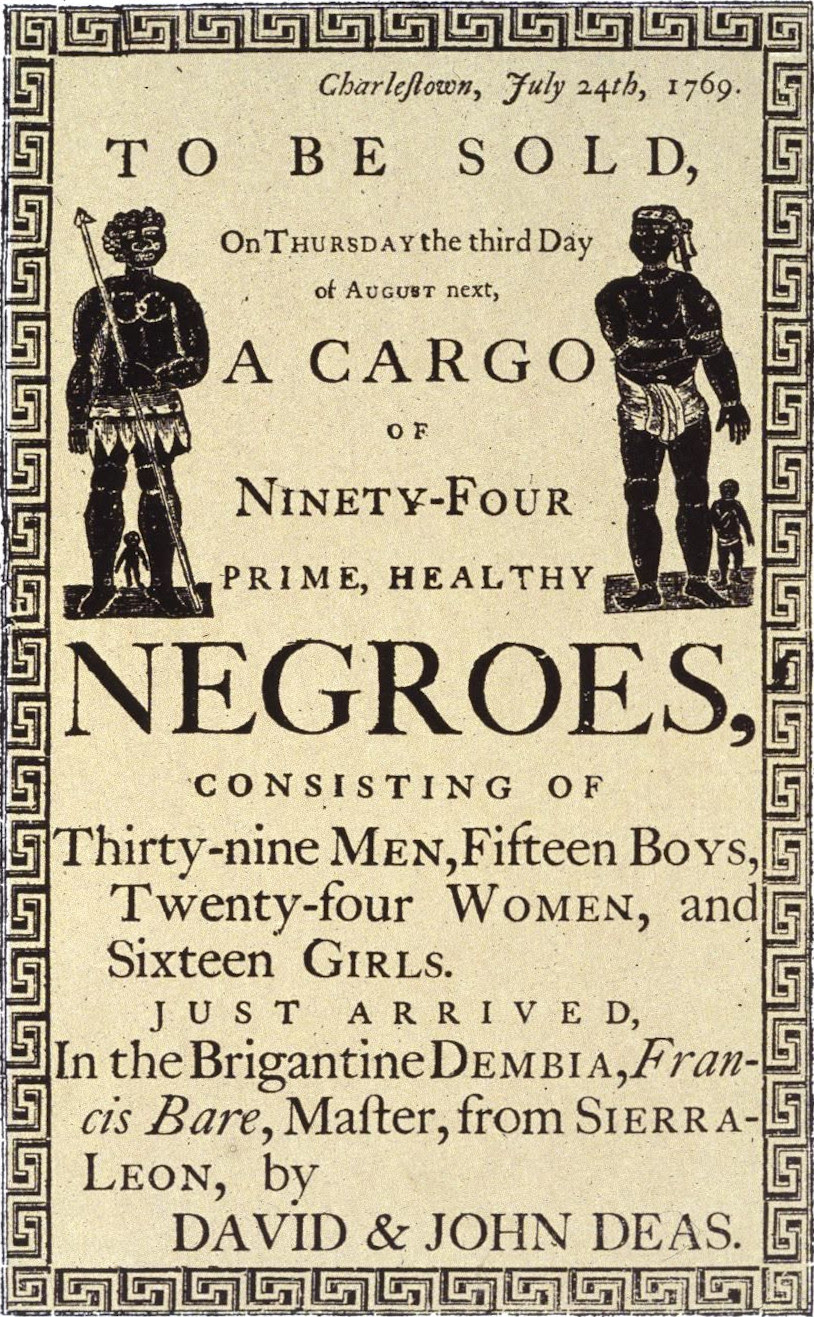 The exhibit "Why did they fight" said the South thought it was embarking on a second revolution to protect constitutional rights and that 'among these rights was the right to own slaves-a right sanctioned by Constitution and by custom-even though the vast majority of Confederate soldiers did not own slaves".

The most curious exhibit was about refuting the rumor that Jefferson Davies, President of the Confederacy, tried to escape wearing his wife's clothing. The museum carefully and most emphatically disproves that rumor.

The museum hews close to a typical narrative in the South that the war was all about rights, that slavery was not the prime mover, that after all slavery was indeed a right under the constitution (and sanctified by subsequent Supreme Court ruling as in Dred Scott). The museum is titled "The museum of the Confederacy". But it has nothing about life in the Confederacy and is only about the Confederate view point regarding the Civil War.

A sad exhibit was the one titled 'Fraternization' that spoke of how soldiers of the Union and Confederacy who were butchering each other would still get together to relax, share food and even trade. It reminded of a poem by T.Hood that speaks for a soldier who remembers his opponents and wonders if they had met in bar that they would have shared a drink. Civil War historian Drew Gilpin Faust in 'Republic of suffering' estimated the US lost nearly 1/6th of its population.

My next museum was the 'Civil War Museum' at Tredegar near Richmond. This is a more intellectually honest museum. This museum traces the history of the conflict through the two key issues of slavery and economic structures. The agrarian South was dependent on slavery for its labor. Industrialized North, by virtue of industrialization, needed free men. As a college student I had read Nehru's 'Glimpses of World History' wherein Nehru quotes Lincoln showing that freeing slaves was not the primary aim of the war. Lincoln only desired to keep the union. Emancipation was a by product of the war. In fact if Lincoln had declared Emancipation as the goal, it can be fairly said, many in the Union army would not have gone to war.

Through out the war slaves were defined as property by both the Union and the Confederacy. Wartime customs of confiscating enemy 'property' was used to liberate slaves in conquered territory. Lincoln hated slavery but never believed that blacks and whites were equal.

At a place where visitors could write their thoughts on a stickie paper a visitor wrote "African kings helped white traders in getting slaves. Where would those slaves be in life if they had lived in Africa". Pre-eminent Afro-American Harvard historian Henry Louis Gates Jr wrote an oped in New York Times about a much less spoken part of slavery. White slave traders would dock their ships in the port and wait for slaves to be brought by local kings from the inland. This is a controversial part in the slavery debate akin to the role of the 'Judenrat' (Jewish Councils) in Holocaust. But that a person in 2013 America could ask indirectly "did they not have a better life by being brought to USA, albeit as slaves" is what is appalling.

I read Margaret Mitchell's 'Gone with the wind' when I had not yet read much about slavery in USA. I did not think much about the glorification of the South's way of life much. Only when I read Malcolm X's biography by Alex Haley the political angle of the book struck me. Malcolm X, a vagabond when the movie was released, watched it in Harlem (of all places). Not knowing much about the movie he went to the theater and he was startled that he was the only person in a Harlem theater watching 'Gone with the wind". Mitchell glorifies the South and makes it appear that slaves were treated like human beings, even almost equals, with great care and concern by their masters.

Henry Louis Gates edited a nice collection of writings by slaves titled 'Slave narratives'. It is a moving collection of writing. When children are torn from their parents and sold into slavery it is hard not to shed a tear. Young girl children were abused. Education was denied. Even unto the modern era the lynchings, Jim Crow, KKK all tell a very sordid saga. KKK was born out of the civil war.

Both museums concentrate mostly on just how the war went. Neither museum delve into any aftermath in considerable measure. Drew Gilpin Faust in her book would focus on how the war completely remade gender relationships and redefined role of women in society. The museums barely scrape such an effect.

On civil rights I've a note to add. It is a misconception that racism is only by whites against blacks. Racism is usually intertwined with what a race feels perceives as threats to its economic prospects. Black mayor of Washington DC recently made very objectionable comments about stores owned by Asians in DC. When Asian basketball player Jeremy Lin became a sensation he was mocked by blacks chanting 'go back to your books'. During the recent 50th anniversary of MLK Jr's immortal 'March on Washington' a columnist recalled the pivotal role played by Bayard Rustin, a little spoken of civil rights hero. MLK Jr shunned him because Bayard Rustin was a homo-sexual. When Obama made the decision to support gays in military he had to placate Afro-American pastors. Black churches are stridently anti-gay rights. Ever since the formation of Israel Jewish Americans and Blacks have parted way with anti-semitism taking roots among black churches. When Obama's estranged, disavowed, pastor Jeremiah wright was asked if he made peace with the President he said "them Jews will not allow me". Obama's then chief of staff, Rahm Emmanuel, was a Jew.

America, on tax payer money, has to construct two museums. One for slavery and another to tell the story of civil rights. This will be America's atonement. This should be Barack Obama's calling. I wish he undertakes it as his first post-Presidential task. This will go a long way in educating millions about the basic decency to respect all as human beings. America needs to face up to its shameful past unflinchingly as Germany does. Only such an honesty will make this great country greater still.