India is a land of music, song and dance. It has a very ancient tradition in fine arts and a uniquely continuous civilization over the centuries. India's dance forms and music heritage is a widely admired one. Yet it is in the same India that such art forms are mostly relegated to the ivory tower with no relation to the ups and downs of a great country. What is worse is that for almost 99% of the country the finer forms of the arts and India's true heritage in music has no meaning. What most Indians consume by way of music is a bastardized version of the country's richest music with haphazard borrowing of western music (classical and otherwise) served up as what is called 'cinema music'. India's greatest achievement was its most unique freedom struggle. Yet the struggle did not produce any outpouring of music. Musicians did not compose music, on any notable scale barring random efforts of setting some poems by revolutionary poets to music, to provide an artistic expression of the greatest emancipation in human history. Indian musicians did not think of using their music as an art form to protest against the colonizer. On that count cinema musicians at least attempted something when they provided music for some movies that depicted the struggle.

Jeyakanthan in his novel 'Paarisukku Po' sets up an argument between two characters, an orthodox father who is a Carnatic musician and the son, a western classical musician and a recluse from Paris. Father and son battle through intermediaries on what each of their music means to them and to the world in general. One of the chief complaints of the son is that Carnatic music is mostly other worldly and lacks the varieties found in Western classical which has both secular and religious music. I spoke of how Shostakovich and Beethoven were political in their compositions. Music as an art form and art as a function of protest reaches greater heights, to my knowledge, in America.

Jazz music is inseparably braided with the Civil Rights struggle in America. One cannot write the history of civil rights struggle without mention the Jazz musicians or Afro-American gospel song tradition. Songs and music are a wonderful part of the Afro-American tradition. Jazz, the blues, R&B and soul music form a wonderful repertoire of art that blacks used to give voice to their oppression.

Jazz musician Nina Simone is a good example. Simone, in an interview, defiantly states "I choose to reflect the times and situations in which I find myself. That, to me, is my duty...we will shape and mould this country. I will not shaped and moulded at all anymore....How can you be an artist and not reflect the times"

Peruse the words carefully. She uses words like "I choose", an assertive "that is my duty", a defiant "I will shape and mould this country". Ilayaraja once retorted that politics is a sewer and he will have nothing to do with it. Just recently Tamil Nadu saw an outbreak of protests by college students demanding that the genocidal state of Sri Lanka be punished by the world community. Where was their Nina Simone? Did the students have a 9th symphony to blast from loudspeakers? Where was their Bob Dylan? Who was their poet? Did they an Allen Ginsberg? No. In a state and country addicted to entertainment that is by definition mindless (else its not considered 'entertainment') any such hopes are meaningless. Asking such questions, as I do, or seeking to live by such a code is often considered 'abnormal' and 'at war with world'.

I first came across Nina Simone in a book review in NYT. Then I sought out her songs and then I learned more about her. Mississippi in the 50's and 60's was considered a hotbed of violent racism in America. When a black church in Alabama was bombed and 4 little girls died Simone exploded into "Mississippi Goddam" in a live concert. The lyric, written by her, and her singing bristled with defiance. She went on to compile her 'protest songs' that included 'four women' which talked about the stereotypes of black women, 'strangefruit' talked about lynching and so on.

From the other end of the spectrum, racially speaking that is, comes Bob Dylan. When black teenager, 14 year old, Emmett Till was gruesomely murdered in 1955 Dylan burst forth in 'The ballad of Emmett Till". Emmet Till murder was a crystallizing moment that launched the civil rights struggle in the south. Dylan later performed in the historic 'March on Washington' where MLK Jr spoke of his dream. Dylan went on to compose his protest songs "The times, they are a changing" etc. He became the voice of protest for a long time. 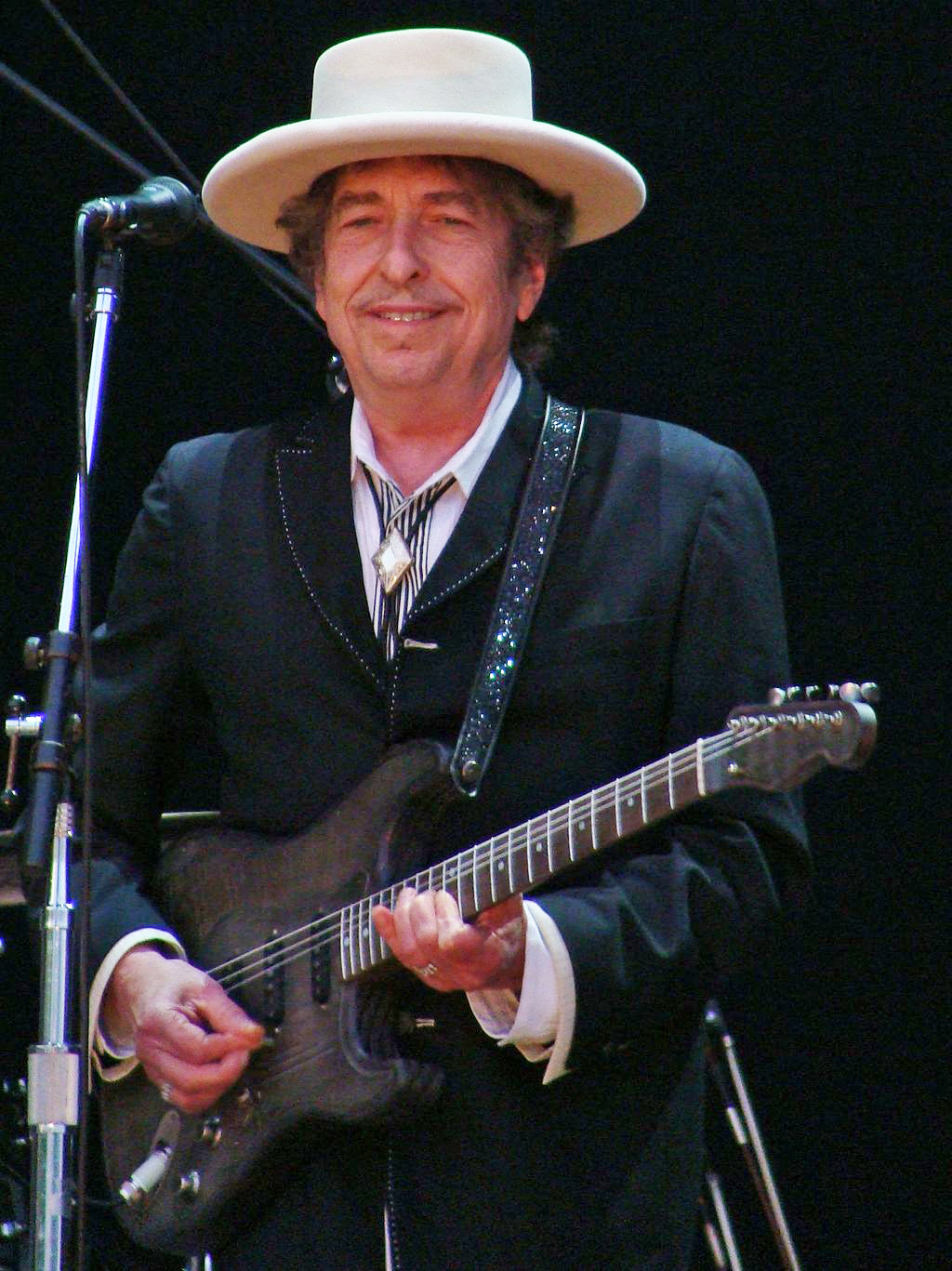 Sometimes musicians like Ray Charles and Louis Armstron used their prestige as musicians to fight for civil rights. Ray Charles who was initially lukewarm towards fighting segregated performances at a pivotal moment refuses to play at a Georgia performance because the audience was segregated. Louis Armstrong was trotted out by the American government to tour the world and be an exhibit for American freedom all the while racism raged back home. Armstrong attracted flak for that. Armstrong lambasted Eisenhower  over what he perceived as Ike's waffle over school integration in Arkansas. Two days after Armstrong's outburst Ike sent Federal troops to Arkansas to ensure that black girls can enter the school.

Ravi Shankar brought Indian music to the west. Shankar has played to packed audiences of westerners across the globe and specifically in America. Ravi Shankar, famously, played along with the Beatles at Woodstock. I've not read of any incident where Ravi Shankar composed any protest music or used his prestige as world renowned musician to fight for any justice. The same can be said of almost every musician, film and non-film alike. When Lalgudi passed away there were obituary writers fell over each other to write glowing tributes. I cannot remember any Carnatic musician lifting a single finger to bring diversity into caste ridden Music Academy. If anything Carnatic music is zealously guarded from ensuring there is no diversity.

Since this series is occasioned by my comments on Ilayaraja I'll come to him. Ilayaraja, my friends keep reminding me, comes from a very oppressed community. Has Raja done anything to highlight their plight with his art form? If a Dalit writer or painter or politician or singer is expected to use his art form to speak of his or her people then should we excuse Raja for his intentional and singular failure to do so? A.R.Rahman runs a conservatory where he is trying to educate children from slums. Raja was only keen on making money through movies and had absolutely no social consciousness.

Nina Simone, Bob Dylan, Armstrong are all just a sliver in a glorious tradition of musicians using their music for 'shaping and moulding this country'. I respect and adore them. Never can I insult their memory by even mentioning Raja as an 'artist'.
Posted by Athenaeum at 11:30 PM

In a state and country addicted to entertainment that is by definition mindless (else its not considered 'entertainment') any such hopes are meaningless. Asking such questions, as I do, or seeking to live by such a code is often considered 'abnormal' and 'at war with world'.

I don't think you are abnormal, just uninformed or disingenuous. There is plenty of protest music and poetry, iyakka paattu on the Eezham cause has had several generations and genres to choose from, parai-based music has been important to the Dalit movements including such notable artists as Magizhini of Buddhar Kalai Kuzhu, Tamil Circle hosts lots of music from groups like Makkal Kalai Ilakkiya Sangam, etc etc. You mention Ilayaraja but somehow forgot to note that he began his life in music by accompanying Paavalar Varadarajan.

The honest thing to do is to become familiar with the spectrum of dissident music and then actually engage with it both on an aesthetic and an intellectual level -- certainly it is as available to critique as any other music. The ignorant and facile thing to do is to claim it doesn't exist just because you are better informed about US artists.